Europe must be an autonomous global actor and it would be “a terrible sign” if the EU blocked a recently concluded investment agreement with China in order to coordinate with Washington, Portuguese Prime Minister António Costa told EURACTIV’s partner Lusa in an exclusive interview.

The EU and China reached last Wednesday (30 December) an agreement in principle on investment, which has been under negotiation for seven years.

However, the deal could cause tension with the new US administration weeks after President-elect Joe Biden proposed a transatlantic dialogue on “the strategic challenge posed by China’s growing international assertiveness”.

“It’s a process that was underway, it would also be a terrible signal for us to block this negotiation or to condition this negotiation according to others,” Costa said in response to a question about whether the EU should have coordinated this negotiation with the new US administration.

“If Europe wants to be a global actor, as it has to be, its strategic autonomy depends on being able to speak with each of the other global actors. It must relate to the United States, China, Australia and New Zealand, India, Africa. It has to relate to everyone and not just talk through others”, he added.

According to the Portuguese leader, whose country took over the rotating presidency of the Council of the EU on 1 January, the agreement between Brussels and Beijing “guarantees reciprocal security of market opening” and “investment relations which ensure and respect all security rules on both sides”.

Referring to the new US administration, he said Portugal has “every interest” in a “new climate in the relationship with the United States”.

He said Washington is the most important ally apart from the UK pointing out “positive and encouraging signs”, such as Biden’s intention to return to the Paris Agreement and “his multilateral vision”.

“Apart from that, we also know that the difficulties have not disappeared forever either. From a trade point of view, there will certainly be difficulties, from the point of view of defence burden sharing, now what I am sure is that the atmosphere will clearly change, the way we relate will change radically, and this will create better conditions for us to overcome the differences that exist,” he said.

Africa and India top the agenda

Regarding Africa, which tops Portuguese EU presidency’s external agenda, the prime minister voiced hope that the evolution of the pandemic, which prevented holding an EU-African Union summit in 2020, would be possible “in the spring”.

“We have already told the President of the [European] Council, Charles Michel, that we have every interest and willingness […] for this summit to take place during our presidency, in Brussels of course, and we are working on that. I hope the pandemic will allow this,” he said, emphasising that “other avenues”, such as meetings with the different regional organisations of the African continent, are not possible.

“But I think it would be important, at a time when the African Union has signed a continental free trade agreement. This would have been a fantastic time for a meeting of the European Union and Africa”.

“The great strategic partnership that Europe has to establish is with the African continent, so I think it would be a mistake for Europe not to make holding this summit as the top of its priorities”, he said.

Costa also refereed to India, saying there are “all the conditions” for the EU-India Summit. “It could be a milestone in the EU’s future relationship with the Indian Union”.

EU divisions and the rule of law

He admitted that differences within the EU exist and must be accepted and resolved through dialogue, as Brexit was a “big enough rift”.

“I think it would be bad to try to pretend that there are no such differences, problems can only be solved when they are accepted and talked about frankly”, he said, adding that this reality should be accepted “without dramas and in all tranquillity”.

“Do not force anyone to make movements that they do not want to make, creating rifts. Brexit was a big enough rift, and nobody wants any more”, he said.

“It is obvious that today the 27 member states do not all have the same vision of what Europe should be, nor do they all have the same will that Europe is what it is […] Perhaps the presence of the UK had concealed many of these national positions, which were, shall we say, uncovered with the departure of the UK”, he said, citing the differences on issues such as migration or budgetary solidarity. 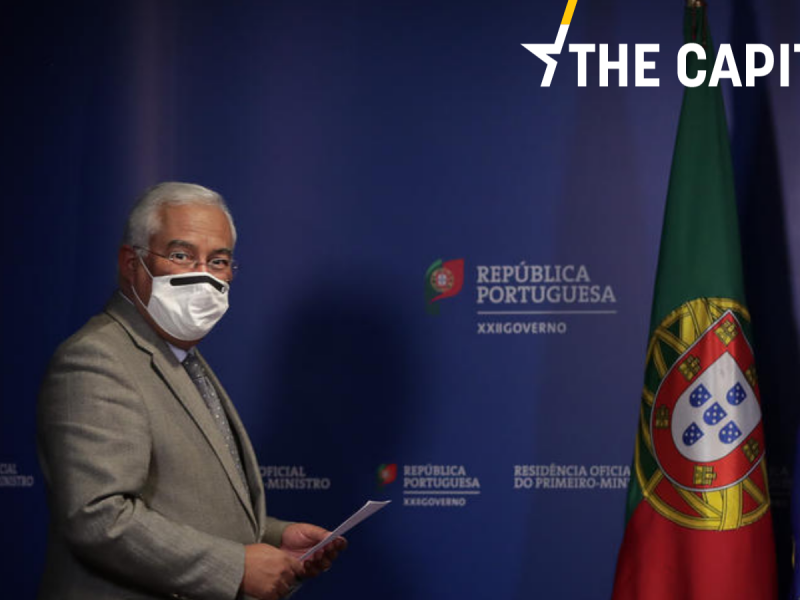 In today’s edition of the Capitals, find out more about the trial against former French President Nicholas Sarkozy starting in France this week, Slovak Prime Minister Igor Matovič and his party threatening to leave government, and so much more.

As for the frictions over respect for the rule of law, which led to Hungary and Poland blocking the approval of the EU budget and the recovery fund, the prime minister said that “this is indeed one of the red lines because the Treaty on European Union is very clear”.

The issue, he said, is particularly sensitive for Portugal because “what motivated Portugal to join the EU was not the euro, which did not even exist then, or the internal market, which did not exist either”.

On the contrary, he said, it was the values which allowed freedom and democracy to be “consolidated”.